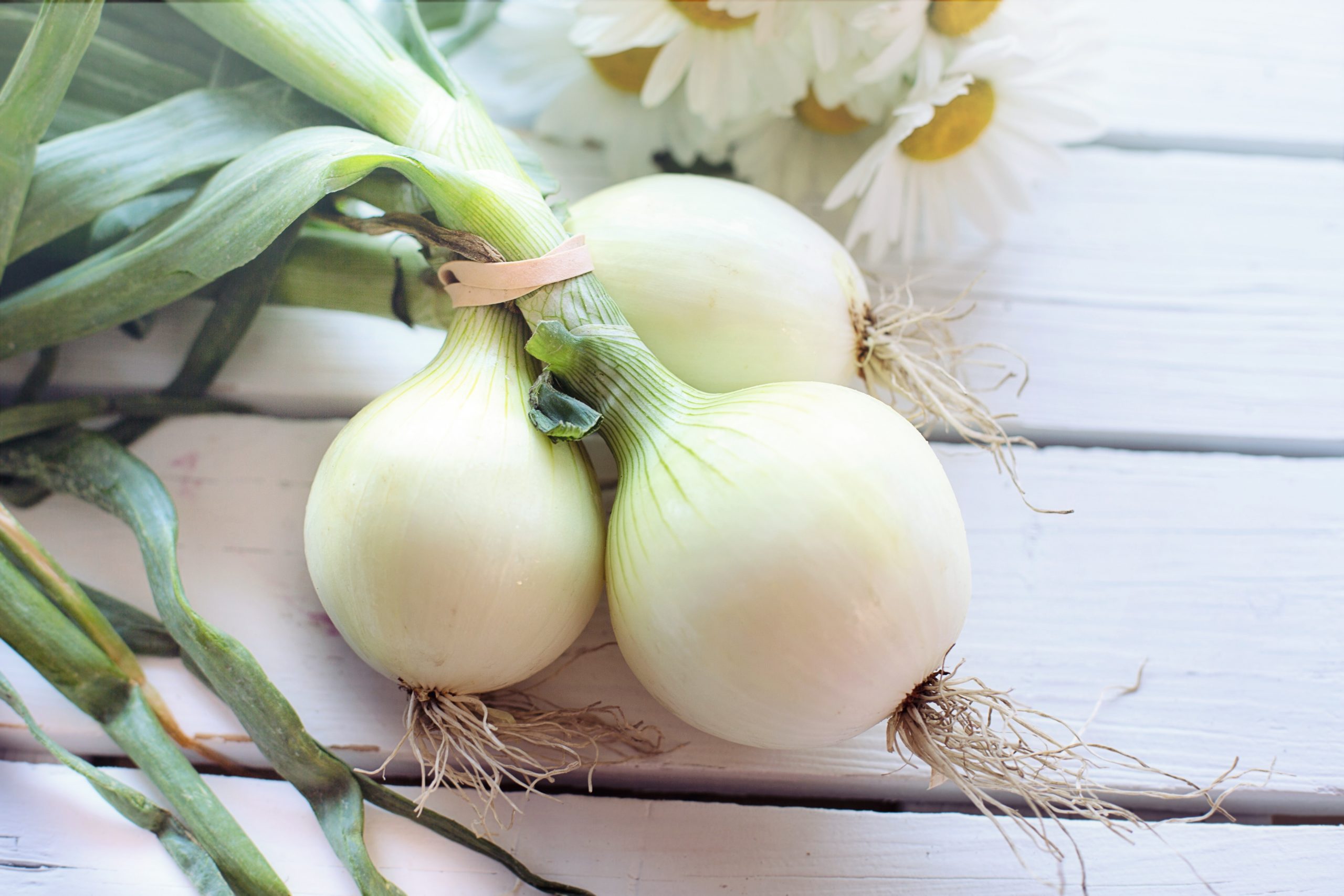 Spring onions are rich in vitamins and minerals and known for their antibacterial and antiviral properties. They provide many health benefits including: boosting your immune system, fighting colds and viral infections, clearing mucus, promoting better digestion, regulating blood sugar levels and fighting against free radicals.

But could they have a deeper effect on our health?

A 100g serving of spring onions delivers 259% of your daily requirement of Vitamin K!

Vitamin K is often talked about as being the vitamin that helps our blood to clot, but it also has an impact on energy production – that’s often not talked about.

It plays an important role (as a cofactor) in creating energy within the mitochondria of cells. This is the energy production aspect of a cell, and this includes egg and sperm cells too.

When your egg or sperm cells have more energy, they function more efficiently – and that optimises your fertility health.

Use spring onions instead of white onions as they’ve been found to contain 140 times more phytonutrients – and provide a variety of health benefits including the ones above!

They can be easily introduced into your diet, but it’s important that you eat the whole of the onion including the green part – as this has most of the nutrients.

Key nutrients of Spring onion are:

Vitamin A: Is necessary for the growth and repair of many body cells including bones, teeth, collagen and cartilage. It’s also involved in cell differentiation where cells become specific types of cells such as a liver cell or a blood cell. This is vital for the development of your healthy baby. Supplementation does not offer balanced forms of Vitamin A.

Vitamin B1: Thiamin is involved in the production of energy through the breakdown of sugars and carbohydrates. This is important for cellular health, which may also influence the health and energy of sperm and egg cells. It’s also important for energy support during pregnancy.

Vitamin B2: Research shows that Riboflavin can act as an antioxidant, which helps to combat against harmful free radicals. Free radicals are known to negatively impact sperm and egg health, and so antioxidants are a vital part of the human diet.

Vitamin C: For fertility health Vitamin C is important in the process of absorption and also in its ability to support the luteal phase of the menstrual cycle.

Calcium: Calcium is needed to build and maintain strong bones, support heart health, and for optimal function of the muscles and nerves. It is also required alongside Vitamin D to aid in its use throughout the body.

Potassium:  Is an electrolyte which counteracts the effects of sodium, helping to maintain consistent blood pressure levels – another important element for pregnancy.

Blood Stagnation refers to poor circulation of blood throughout the body.

This can manifest in any aspect of the body but is prevalent in many male fertility and also gynaecological issues.

There are 2 main causes of Blood Stagnation:

Healthy Blood flow is vital to nourishing all the cells in your body, which include egg and sperm cells.

If blood flow reduces it may cause male and female fertility issues that typically present with either an obstruction in the flow of blood or fluids, or the development of a growth or mass.

Yang Deficiency is the Chinese Fertility Medicine term used to describe a lack of activity, warmth, or metabolism within your body.

It basically indicates an under-activity of the body – often related to the adrenal function, or the Hypothalamic-Pituitary-Adrenal axis. This axis regulates hormone production and release, and is also involved in the regulation and production of energy and warmth.

Yang Deficiency often manifests as Thyroid issues, particularly Hypothyroidism and Hashimoto’s Thyroiditis as both of these are caused by an under-active metabolism.

This includes: mucus, phlegm, or water accumulation (edema) that build up over time in different areas of the body.

A variety of fertility issues can arise from having too much Dampness including: immune disorders, fluid retention, circulatory issues, bacterial and fungal overgrowth, and other inflammatory diseases.

Season Available: Spring onions harvest season is around May – June,  maybe earlier, depending on where you live. However, they can be found in supermarkets all year round.

How it’s typically cooked: Add to cooked foods at the end as a garnish. Alternatively, use them in cooking instead of onion. They’re great in stir-fry’s.

Cautions: Do not use if you have symptoms of Heat according to Chinese medicine principles, or in cases of fever.