The Fantastic Fertility Effects of Barley! 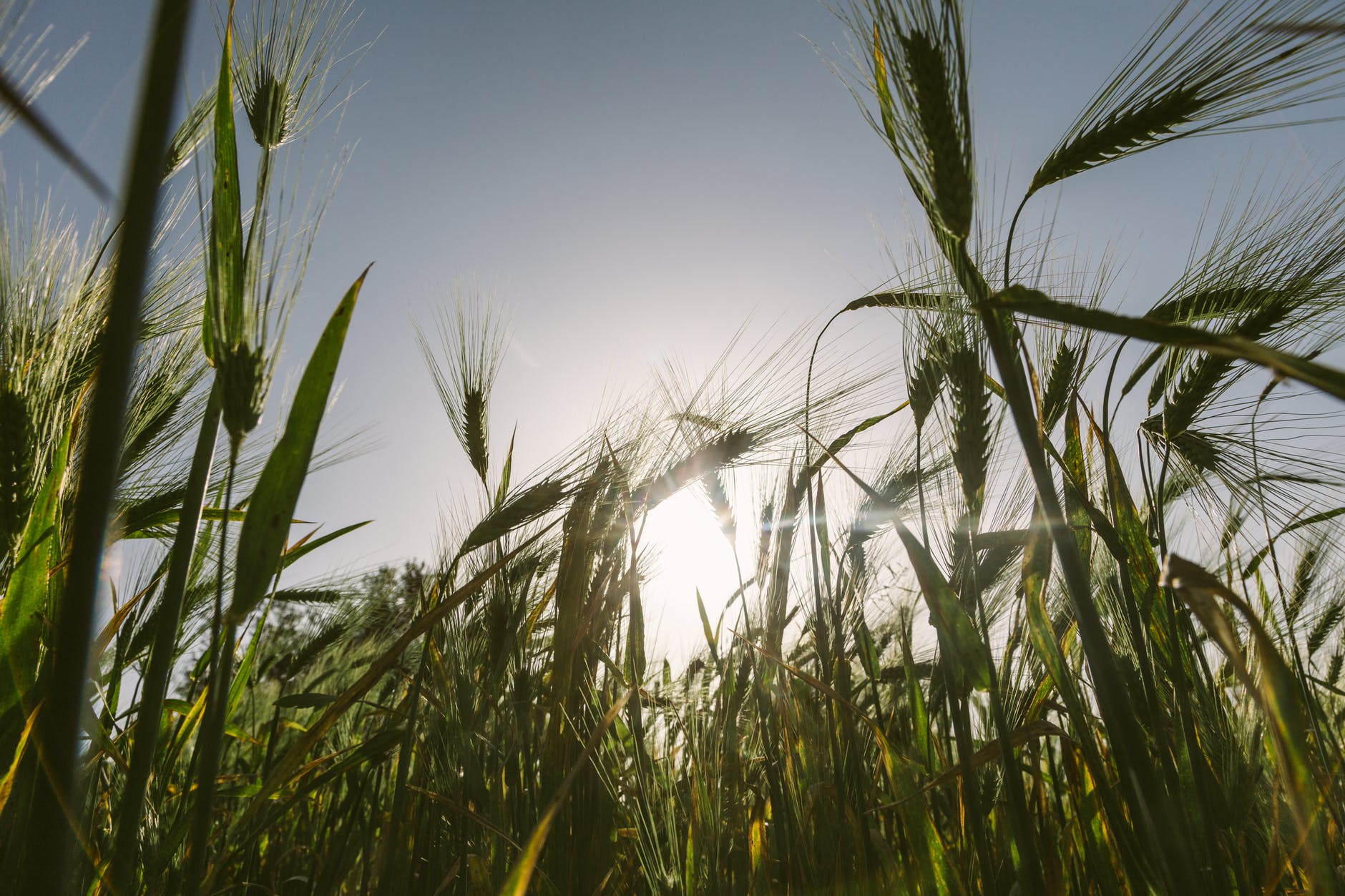 Barley is a cereal grain with a rich nutlike flavour and a chewy pasta-like consistency. As with most grains, it’s in season in Autumn.

It can be eaten in various forms, such as barley flakes in porridge, hulled barley, or pearl barley in soups, stews & casseroles. Compared to many other grains, barley is higher in dietary fibre.

Pearl barley is one of the most refined forms of barley and has the least nutritional value.

Hulled barley is the most nutritionally rich but needs cooking the longest and is one of the hardest forms to digest, due to having more fibre.

Barley sprouts are considered even richer in vitamins and minerals, due to the process of them sprouting into young plants.

Key nutrients of Barley are:

Vitamin B1: Vitamin B1, also known as Thiamine is involved in the production of energy through the breakdown of sugars and carbohydrates. This is important for cellular health, which may also influence the health and energy of sperm and egg cells. Thiamine also helps the body make use of protein and is essential for brain functioning and digestion.

Vitamin B1 helps turn starch and sugar into usable energy that your body needs, and plays an important role in nerve transmission. It’s also important for energy support during pregnancy.

Vitamin B9: Also known as Folate or folacin. Mistakenly many people take Folic Acid, which is a synthetic version of Folate that is not recommended due to possible toxicity.

Folate  is essential for human growth and development as it encourages normal nerve and brain function. It’s involved in the creation of DNA as well as building of proteins, and many other important functions including the healthy development of your baby’s spinal cord.

During pregnancy folate also supports the growth of the placenta and helps to prevent several types of birth defects, especially those of the brain and spine. Folate is an important nutrient for general and fertility health.

Copper: Copper is essential for overall health and is involved in many processes in the body. It cannot be produced by the body and must therefore be consumed through food.

Combined with iron it enables the body to form red blood cells, which carry oxygen around the body as well as helping with wound healing. Copper helps maintain healthy bones, blood vessels, nerves, and immune function, and it contributes to iron absorption.

Too much or too little copper can have a big impact on fertility, particularly for men. Sperm health can be greatly affected by an imbalance of copper.

Chromium: works with insulin in the body to metabolise carbohydrates.

Phosphorus: Phosphorus is an element that plays an important role in how the body uses carbohydrates and fats. It is also needed for the body to make protein for the growth, maintenance, and repair of cells and tissues. It is essential in our diet and particularly in children when growth and development occurs most.

Magnesium: Magnesium supports a healthy immune system as well as keeping bones strong. It is also great for stress, and combined with vitamin B6 can help induce sleep and alleviate symptoms of bloating and weight gain associated with PMS.

The production of Vitamin D also relies on Magnesium, and many people that are deficient in Vitamin D also have a Magnesium deficiency. Before taking a Vitamin D supplement I would recommend increasing Magnesium intake, whilst also increasing sun exposure, and then retest Vitamin D levels after 4 weeks.

Many people experience heightened stress levels and develop magnesium deficiency as it is a difficult nutrient to obtain from your diet.

Magnesium is helpful for cell function, and if you become deficient you can quickly experience increased stress feelings, disturbed sleep, or muscle cramping.

Manganese: Manganese is a naturally occurring mineral which aids in the formation of connective tissue, bones, blood-clotting factors, and sex hormones. It is a powerful antioxidant which neutralises the damaging particles of free radicals. It plays a role in fat and carbohydrate metabolism, calcium absorption, and blood sugar regulation.

Selenium: Selenium is one component of antioxidant enzymes and is also used by the body to help support thyroid health – particularly the conversion of thyroid hormones from one to the other. Thyroid health is fundamental to your general and fertility health and future pregnancy.

When Qi becomes more severely deficient you will likely present with hormone imbalance, typically with reduced Progesterone, Testosterone and/or FSH levels. In some cases the FSH can rise and present itself as being elevated, due to the ovaries or testes being underactive and sluggish (tired).

Blood deficiency is a Chinese Fertility Medicine term used to describe an imbalance in the quality of the blood.

The blood is responsible for circulating nutrients throughout the body to all of your cells, including egg and sperm cells.

When it is deficient the blood can’t properly nourish the body and certain aspects of health get out of balance.

This can impact egg and sperm health as the deficient blood is unable to transport necessary nutrients to the eggs and sperm – causing a depletion in their quality, quantity, and activity.

If the Blood deficiency reaches a deeper level of imbalance you will see physiological changes in the blood, such as reduced iron, haemoglobin, ferritin, B-vitamins and other nutrients. You may also see changes in the volume and quantity of the blood cells and it’s clotting ability or nature.

Heat is a pattern of imbalance in Chinese Fertility Medicine that refers to one or more of the following: a feeling of heat in your body, a measured fever, or some type of inflammation typically related to infection.

It presents with signs of over-activity, mood changes, inflammatory issues, discolouration of body fluids, and symptoms of dryness and heat.

Too much heat typically affects the fluid and blood balance of the body and this can impact egg and sperm quality to varying degrees.

Extra notes: Barley is great for people who retain too much fluid and have a slow or sluggish digestive system.

It’s also helpful for people who have occasional inflammatory symptoms with toxicity, such as acne, boils, abscesses, and any other type of swollen painful skin issue.

Gynecologically Chinese medicine uses barley to clear excessive fluids in the uterus, fallopian tubes, and ovaries. It is therefore often found in herbal medicine prescriptions for reducing and clearing cysts and other forms of fluid accumulation in the reproductive system.

For anyone struggling with PCOS barley is an excellent grain to use due to its fluid balancing properties, and its ability to regulate blood sugar – a common imbalance that’s involved with PCOS.

Cautions: Barley is a safe and mild food that can be eaten by most people that do not have an intolerance to it or the form of gluten it contains.

Chinese Barley (used medicinally) and called Yi Yi Ren or Jacobs Tears is generally avoided during pregnancy unless prescribed by an experienced practitioner of Chinese Medicine.

Get extra FREE support below