Is White Fish Safe For Fertility? 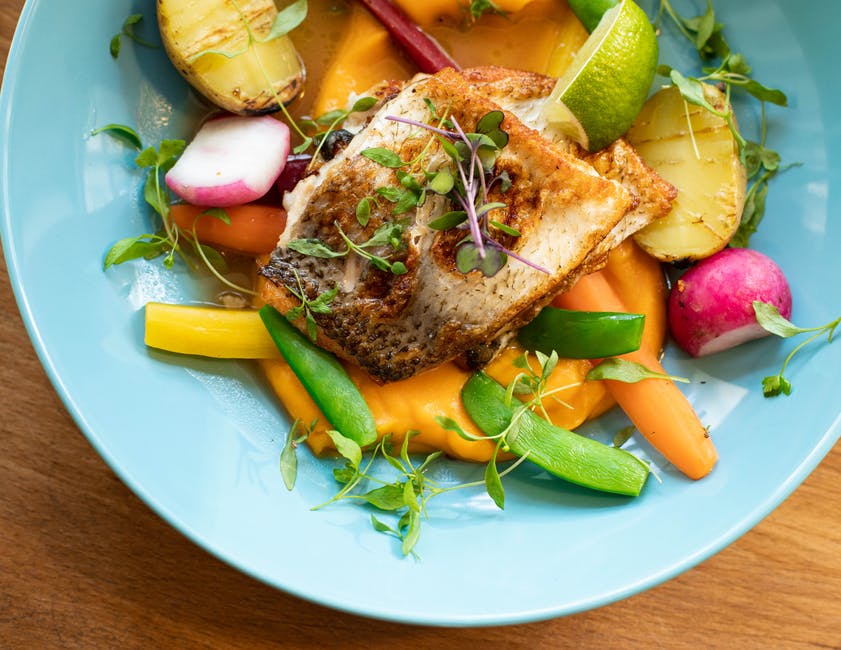 ​Fish has always been regarded as a ‘healthy’ protein. However, the health benefits of fish are in question as pollutants increase in the waters – particularly the seas.

Try to use more local freshwater fish, which is wild caught from clean rivers and waterways. In Europe, people often eat pike, perch, carp and other freshwater species instead of relying on salt-water fish.

Fish generally is a high-protein, low-fat food that provides a range of health benefits.

White-fleshed fish are lower in fish oils than the ‘oily fish’, and to get the omega-3 from them you need to consume their liver.

Key nutrients of White fish are:

Vitamin B3: Vitamin B3, also known as Niacin, as with most other B vitamins is also involved in energy production within the mitochondria of your cells (the powerhouse of the cell).

It is an important part of the entire Vitamin B complex, which should be adequate in your diet to support your general and fertility health. Pregnancy requires good levels of niacin, as does breastfeeding.

B6 also helps in the production of neurotransmitters, which are the chemicals that allow brain and nerve cells to communicate – and this ensures that metabolic processes such as fat and protein metabolism happen properly.

B6 is also a strong component of the immune system, which makes it vital to have in your diet whilst trying to conceive.

Vitamin B12: Vitamin B12 also known as Cobalamin is an essential nutrient that is involved in the creation and maintenance of red blood cells, nerve cells, and the coating of nerve cells.

Aiding in the production of DNA, RNA, and neurotransmitters, and it is also an important nutrient for developing healthy eggs and sperm – and your babies’ future health development.

Vitamin B12 is not found in sufficient amounts in the plant world and so vegetarians and vegans will struggle to get this nutrient. Supplementation may help, but there will also be a lack of the supporting elements of natural B12.

Phosphorus: Phosphorus is an element that plays an important role in how the body uses carbohydrates and fats. It is also needed for the body to make protein for the growth, maintenance, and repair of cells and tissues. It is essential in our diet and particularly in children when growth and development occurs most.

Selenium: Selenium is one component of antioxidant enzymes and is also used by the body to help support thyroid health – particularly the conversion of thyroid hormones from one to the other. Thyroid health is fundamental to your general and fertility health and future pregnancy.

When Qi becomes more severely deficient you will likely present with hormone imbalance, typically with reduced Progesterone, Testosterone and/or FSH levels. In some cases, the FSH can rise and present itself as being elevated, due to the ovaries or testes being underactive and sluggish (tired).

Blood Stagnation refers to poor circulation of blood throughout the body.

This can manifest in any aspect of the body but is prevalent in many male fertility and also gynaecological issues.

There are 2 main causes of Blood Stagnation:

Healthy Blood flow is vital to nourishing all the cells in your body, which include egg and sperm cells.

If blood flow reduces it may cause male and female fertility issues that typically present with either an obstruction in the flow of blood or fluids, or the development of a growth or mass.

Extra notes: White fish is seen to strengthen digestion, and thereby increase your Qi – to increase your energy and organ system function.

As it’s easy to breakdown and digest it quickly delivers strength to the digestive organs, which can then use this energy to further produce more energy.

Its damp clearing property is valued to help clear accumulated fluids and mucus from the body. This is helpful for people suffering from PCOS, Cysts, Fibroids, Endometriosis and any level of ‘Dampness’ diagnosed by a practitioner of Chinese medicine.

The Blood regulating effect is related to its ability to help circulate and regulate blood loss efficiently. Again, this is helpful for the above-listed conditions under Dampness as well as conditions with excessive bleeding.

The above-listed qualities make white fish a useful protein to eat during ovulation and in the premenstrual phase. This is usually when there is more bloating and digestive upset, due to accumulated Dampness and hormones from the cycle.

Its effect on the blood is stronger at moving and circulating rather than building it, which is why we use it when blood moving is required. This is for conditions such as heavy bleeding during menstruation, or in the case of breastfeeding where the breast ducts may be blocked.

As it is weak at building blood it is often not strong enough to support fertility alone as a protein, and so red meat is recommended alongside it as part of your diet – for its blood strengthening properties.

Season: Buy season fish, outside of breeding season, this will vary depending on the type of fish.

How its typically cooked: One of the most nourishing ways to eat fish is in the form of fish stock. This can be made by slowly simmering fish bodies, heads, liver, and tails, and then straining and keeping the liquid to use as stock in cooking or as soup bases.

Cautions: Try where possible to only eat wild fish and avoid ‘farmed’ fish, which may be contaminated with toxins such as: antibiotics or harmful chemicals like PCBs.

Pregnant women are advised to only eat fish in small quantities each week.